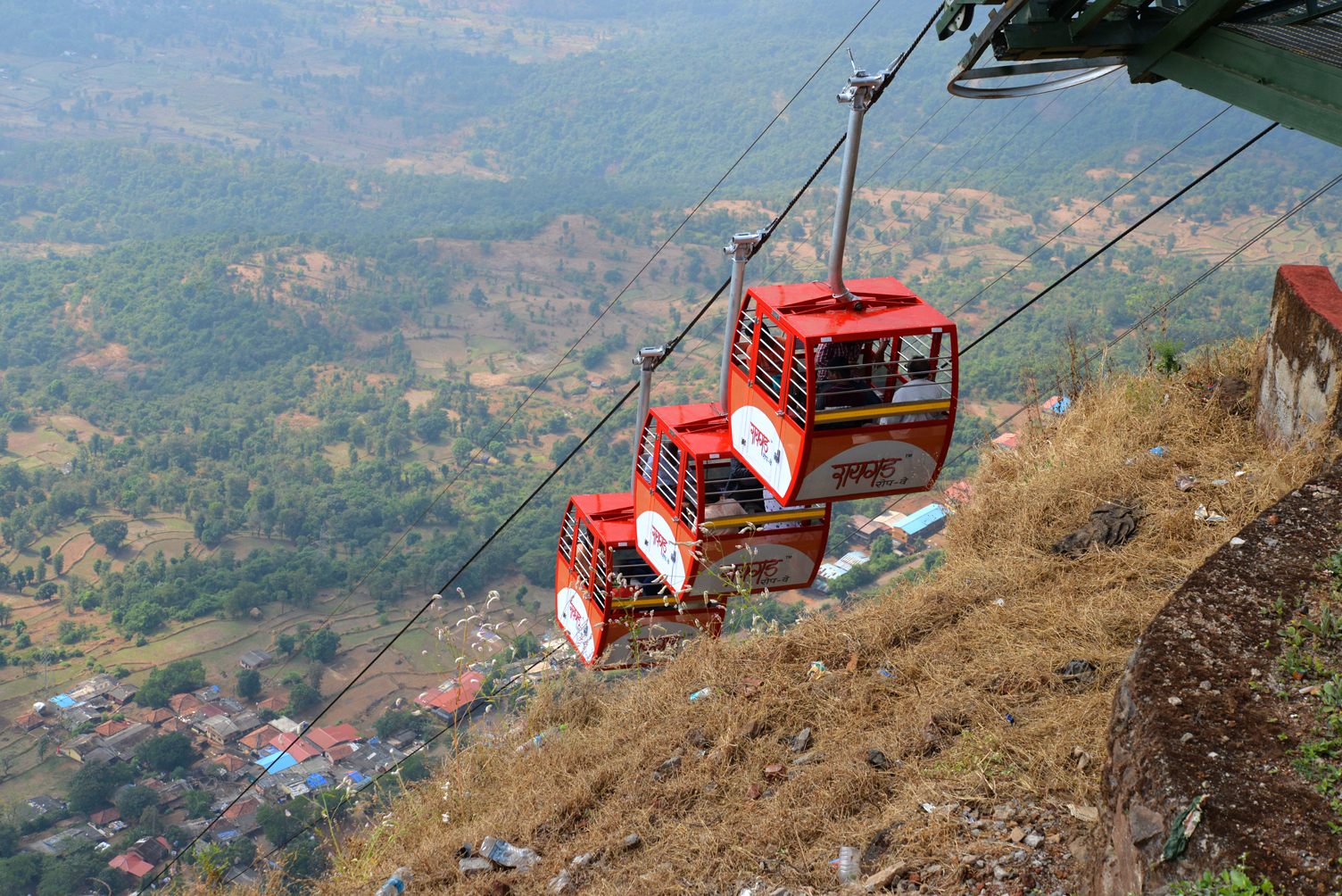 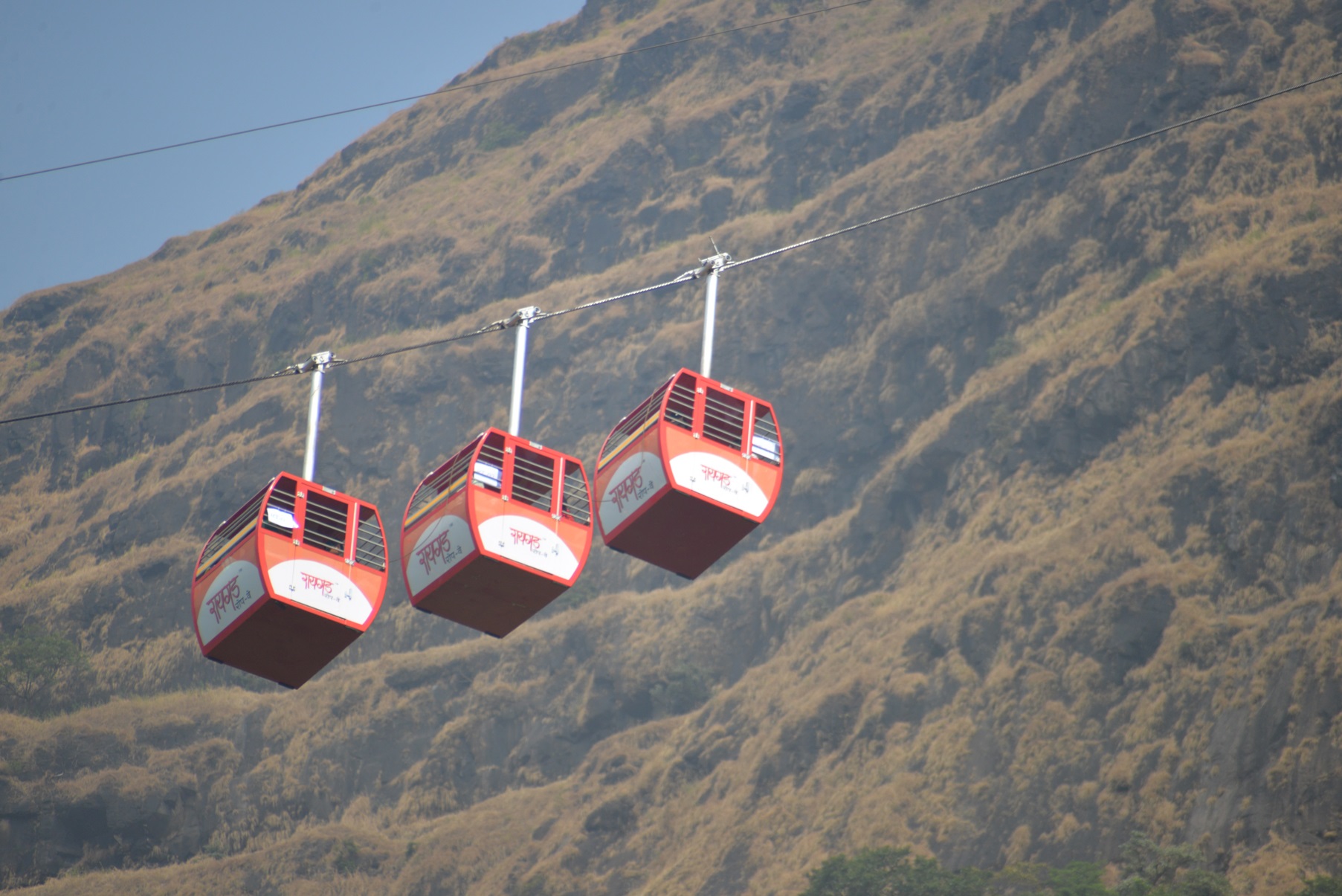 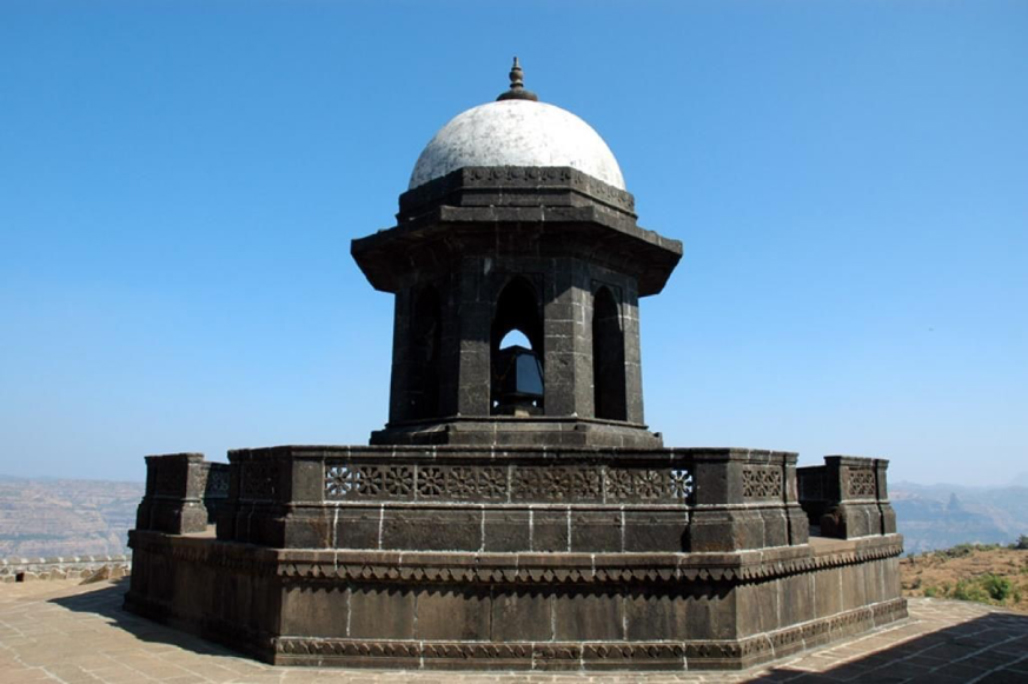 The Ropeway traverses a diagonal length of 760 metres and a steep ascent of 420 metres, in 5 minutes flat! Gone are the days of torturous foot slogging of some 3 hours over 1450 steps. By the Ropeway, one reaches the top of the Fort through the whistling winds & clouds, completely fresh. Lush green flora criss-crossed with waterfalls and steep peaks is a Dream Land of immense beauty in a hiker's paradise!!

A steep climb of nearly 1450 steps and three and a half hours of extreme demands on your physical stamina, leaves you too exhausted. The magic mantra - Raigad Ropeway - has opened a new chapter of sightseeing - the Fort Raigad. It whisks you to the top, through the clouds and whistling winds, in just 4 minutes. Gone is its exhausting inaccessibility. Now you have all the energy and time to enjoy the sightseeing! Well-trained and courteous guides are at hand to give you a conducted tour of the Fort.The Ropeway lands you at the top of the fort near Mena Darwaja.

"The Ropeway is invaluable for elderly persons. It has served to retain the appeal of Raigad as a symbol of the Maratha empire. I felt immensely happy about my visit.” - Babasaheb Purandare, Eminent Historian

The Shri. Shivaji Raigad Smarak Mandal (SSRSM) was founded by Lokmanya Bal Gangadhar Tilak in 1886. The SSRSM undertook the task of making the Fort Raigad more accessible to the people. In 1990, the then Government of Maharashtra, accepted the proposal of SSRSM for the construction of a ropeway. M/s Triveni, a construction firm of Naini, Allahabad, an undertaking of the Central Government submitted a proposal of Rs. 8 Crores for the project. The project was a non-starter due to the prohibitive cost and requirement of foreign exchange.

Completion of the Project

In 1994, Jog Engineering Limited (JEL), in the national interest undertook to construct this awe-inspiring ropeway with their own personal investment, by entering into a Build, Operate and Transfer Agreement (BOT) with SSRSM. In spite of several formidable difficulties, the project was completed on 3rd April 1996 and was inaugurated by (Late) Prof. Rajendrasinhji, the then Sarasanghchalak, RSS.

The cost of construction was Rs. 3.1 Crores only, as compared to Rs. 8 Crores as quoted by the government agency. The shackles of inaccessibility were broken and the impregnable Fort was brought within easy reach of all-the young children, the old and the disabled alike. A dream fulfilled at last!